A downloadable game for Windows and macOS

If you enjoyed the game, feel free to leave a review both here and on Steam!

Please report any bugs you come across! Feedback and any helpful words are greatly appreciated!

is the prologue to the upcoming Clam Man 2, a stand-up comedy RPG adventure, and the first day in a week of jokes, quests, and saying a lot of really odd things. It's a combatless, narrative RPG that takes you on an unlikely quest in a very unlikely world. Play as the titular Clam Man and uncover a secret lurking in the basement of Snacky Bay Prime Mayonnaise that will change the course of your life! Do quests, get jokes, and perform stand-up!

If any of that sounds remotely interesting, give the game a shot! It's free! You've got nothing to lose!
Still not convinced? Alright, let me share some of the other things you can do in this game;

THE GAME JUDGES WHO YOU ARE

If you're averse to lots of reading, this might get tricky - Clam Man 2 has a LOT of branching dialogue, offering tons of replayability! Dialogues also feature tons of static skill checks that only unlock with the right stats; if a conversation only has a couple of available response options, chances are that other outcomes and absurdities hide behind a different character build!

In order to do stand-up, you need jokes! In Clam Man 2, quests are character-based with choices to be made and errands to be run, and finishing a quest rewards you with material you can use in your shows! Every quest has multiple endings, and depending on your choices, the resulting joke loot will change, and it's impossible to see even half of all the jokes in a single playthrough! (Completionists beware - it could take around six fully optimized runs to see everything in the game!)

Each joke you receive from quests will measure your abilities, with classic RPG dice rolls. High stats and the right joke makes all the difference! Succeeding will give you multiple options of where you want to take the joke, and even failing will allow you to choose your destiny in a spiraling maelstrom of stuttering, awkwardness, and pure bad taste. Will you land every joke, or will you bomb your way through your shows?

Clam Man 2 is a narrative RPG, with zero combat! (Apart from a part where you can slap a guy in the face.) Furthermore, bombing jokes doesn't lead to a game over - instead, it leads to changes in how characters perceive you, with larger ramifications on the story in the full game! Oh, and you'll also be embarrassing yourself on stage.

YOU ONLY GET A TASTE

WHO IS RESPONSIBLE FOR THIS

Clam Man 2 is being developed by a solo developer who previously wrote and designed Clam Man, a point'n'click adventure game! You can follow the development on twitter, at https://twitter.com/clam_team!

I LOVE THIS AND WANT MORE

In that case, check out the steam page for the full game! You can wishlist it RIGHT NOW!

Brilliant writing and artwork
by bananajou · 3 posts
87d
program won't open on mac ERROR
by saryachan · 2 posts
196d
My review for the demo of the adequately named "Clam Man 2"
by TheWarpipe · 3 posts
272d
LOVED THE DEMO
by q1 · 3 posts
1y
Thank you for being you.
by TheLadyOfBees · 1 post
1y
A Worthy Sequel!
by MikeyBlighe · 1 post
2y
Loop
by muddysneakers · 4 posts
2y
a question
by yarseit · 3 posts
2y
Post a new topicView all posts 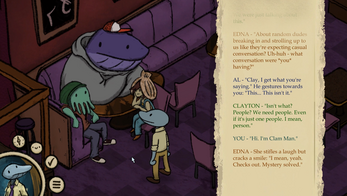 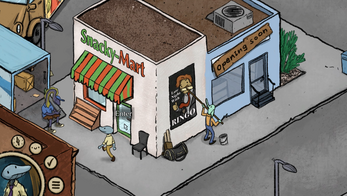 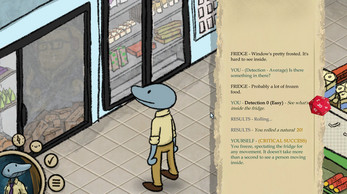 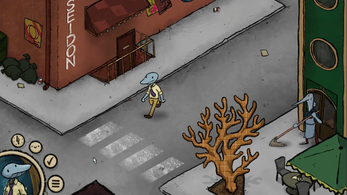 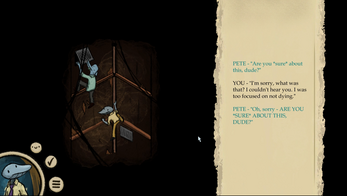 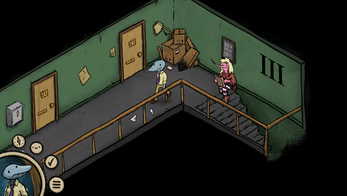 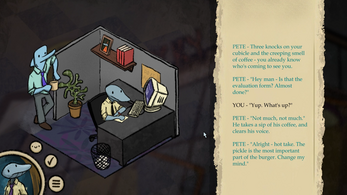